The Edo-Tokyo Open-Air Architectural Museum: Preserving the Past for the Future

The Tokyo Metropolitan Government has been preserving the past from the onslaught of modernization in which old buildings are constantly being destroyed to make way for new ones. The seven-hectare Edo-Tokyo Open-Air Architectural Museum (located near Musashi Koganei) is a branch of the Edo-Tokyo Museum (located in Ryogoku) and has relocated and reconstructed buildings for preservation since 1993. One of the central goals of the museum is to exhibit historical buildings of cultural value that are impossible to preserve at their original locations as well as to provide access to these important cultural structures for future generations. 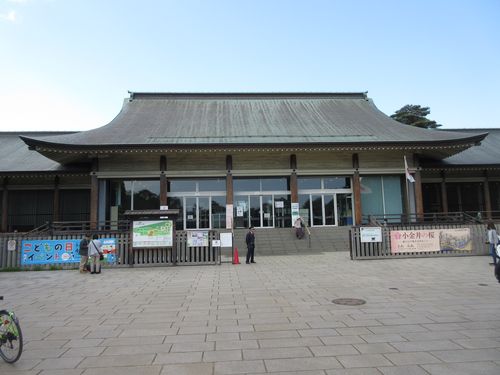 The entrance to the museum starts at the Visitors’ Center. This building was originally built in front of the Imperial Palace in 1940 as a temporary ceremony hall for the 2,600th anniversary of the first Emperor's accession to the throne. 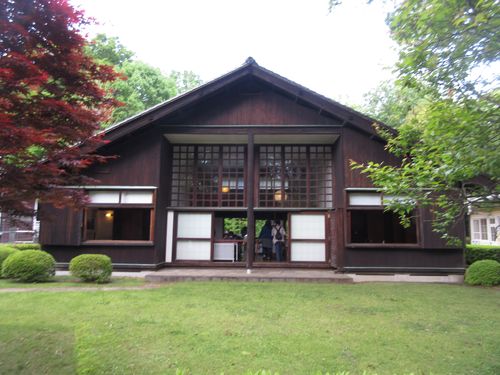 Kunio Maekawa’s house, built in 1942 in Kami-Osaki, Shinagawa Ward, has a Japanese style gabled roof with a vaulted ceiling. 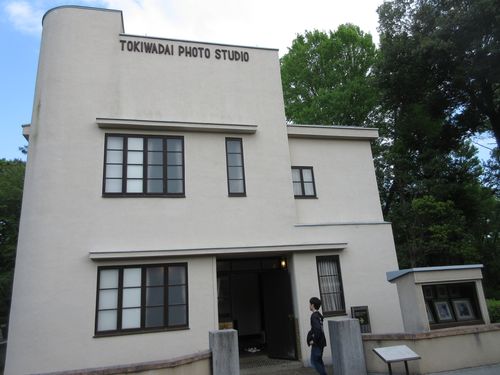 The Tokiwadai Photo Studio, built in 1937, is from a neighborhood in Itabashi and has frosted windows on the second floor for lighting purposes.

House of the Leader of the Hachioji Guards (Hachioji-sennin-doshin).

The Hachioji Thousand Warriors were the retainers of the Tokugawa Shogunate Family. They were sent to Hachioji in the Edo period (1603-1867) by the shogun. The house of the retainers' leader was not as big as the surrounding farmhouses. It has an entrance hall with a shikidai, (a low, broad wooden step), which was a standard feature of upper-class Japanese style houses of the late-Edo period, and reflects the prestige of the house. 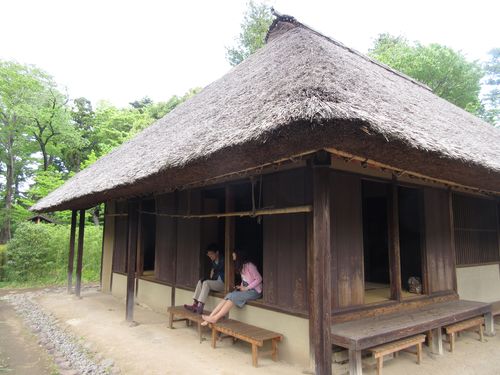 The Tsunashima Family Farmhouse was built overlooking the Tama river and has thick pillars with rectangular cross-sections around the hall which were often seen in the mid-Edo period. 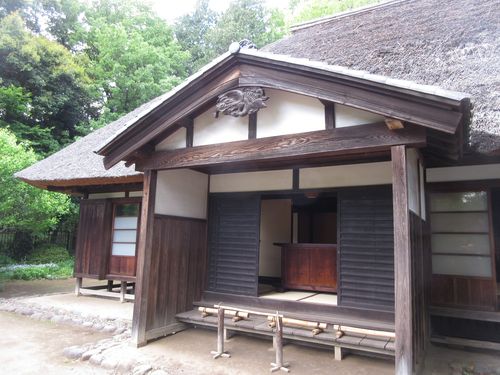 The Yoshino Family Farmhouse was built in the late Edo period in Nozaki Village (now Nozaki in Mitaka city).

Like the House of the Leader of the Hachioji Guard this house has the prestigious shikidai as well a fixed desk in the inner room, which was typical in upper-class houses of the period. 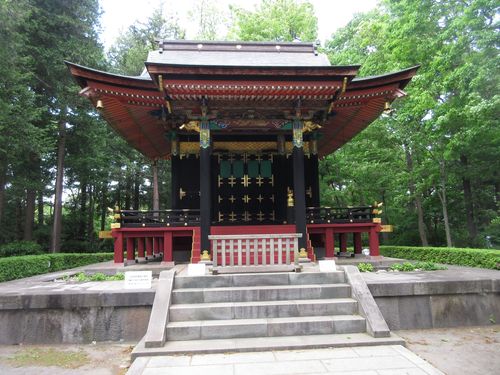 Jisho-in Mausoleum (Otama-ya) is a cultural asset originally built in 1652 for the mother of Princess Ofuri-no-kata (the wife of the third shogun, Iemitsu Tokugawa).

The Central Zone is located in the area directly behind and immediately to the right of the Visitors’ Center. 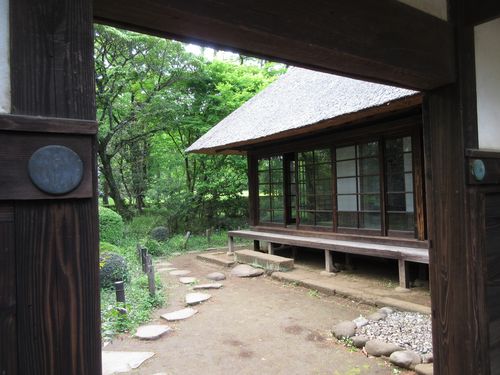 The Tenmyo family’s Japanese style farm house was originally built in  Unoki Village (in present-day Ota Ward) in the late Edo period. The high status of the family is reflected by features such as the roof with a chidori gable, the nagaya gate, and the dry-style Japanese garden.

Directly adjacent to the Central zone is the East Zone, which has the largest number of commercial buildings. 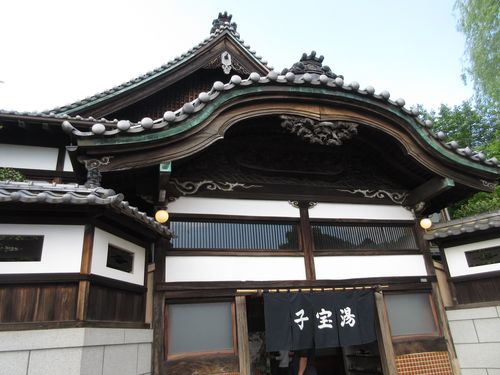 The “Kodakara-yu” sento (public bath house) was built in 1929 and features a large Chinese-style gable, carvings of the Seven Gods of Good Luck above the entrance, and a lattice ceiling in the dressing room.

This unusual museum offers visitors a unique opportunity to see how Japanese people of the past lived. Not only does this include several examples of traditional Japanese style private homes with Japanese style gardens, but also religious structures, shops, and even a sento. The park is also an oasis for families in the area and a pleasant day can be spent strolling in other parts of Koganei Park,which houses the museum. If you are visiting or living in Tokyo it is a short 17 minute express train ride from Shinjuku station.

Every Monday (When Monday is a national holiday, closed on the following day.)

Seibu bus: Take the bus at platform No. 2 or 3 near the north exit of Musashi-Koganei Station: Get off at Koganei-koen Nishi-guchi and walk for 5 min.

Kanto bus: Take the bus for Mitaka Station at platform No.4 near the north exit of Musashi-Koganei Station: Get off at Edo-Tokyo Tatemono-en mae and walk for 3 min.

From Hana-Koganei Station on the Seibu-shinjuku Line: 5-min bus ride

Seibu bus: Take the bus for Musashi-Koganei Station, get off at Koganei-koen Nishi-guchi, and walk for 5 min.