The Nezu Museum by Kengo Kuma: A Green Sanctuary in the Modern Metropolis

In his first article for ZenVita, Patrick McCoy explains why it is the Nezu Museum’s traditional landscape garden and its exterior design that make this museum his favorite in Tokyo. 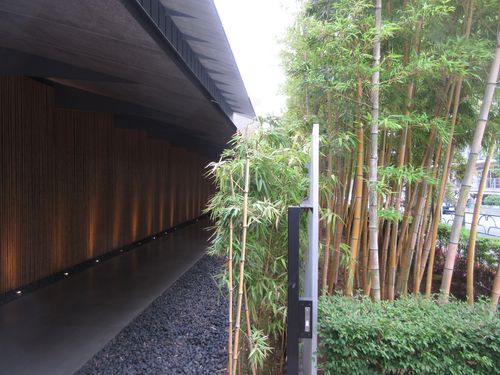 Tokyo is a major metropolitan area that boasts several worthwhile world-renowned museums such as the Tokyo National Museum or the recent National Art Center. However, my favorite Tokyo museum is the privately owned Nezu Museum, which is nestled in at the end of a road studded with recent commercial architectural marvels in the upscale Omotesando district. The main reasons I love this museum are the impressive bamboo approach by notable contemporary architect Kengo Kuma, and the sprawling, verdant Japanese garden hidden behind the main building. 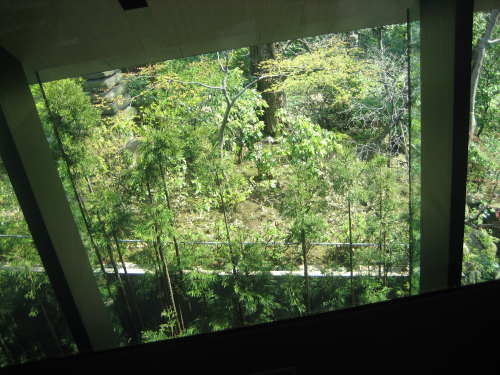 The Nezu Museum garden as seen from inside the museum.

The Nezu Museum was founded to preserve and display the collection of pre-modern Japanese and East Asian art that Nezu Kaichirō (1860-1940) had collected during his lifetime. At present there are around 7,400 works.  These include seven National Treasures, 87 Important Cultural Properties, and 94 Important Art Objects. After Kaichiro’s death, his son established the museum in 1941 on the site where the family residence was located. Most of the complex, including the galleries, garden, and teahouse, were destroyed in a fire in 1945 during World War II. However, the museum resumed exhibitions in 1946 with art that had been evacuated during the war. Kaichiro Jr. expanded the museum twice in 1964 and again in 1991-the 50th anniversary of the museum. 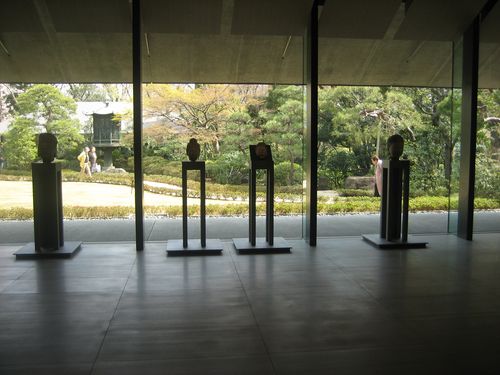 Some pieces from the Nezu collection on the main floor looking out at the Japanese garden.

Nezu Koichi, the son of Kaichiro Jr. and current director of the museum, oversaw a major new construction project in 2006. What had been the New Building was renovated, several old Japanese style storehouses were demolished, and the main building was newly reconstructed. Architect, Kengo Kuma, professor at the Graduate School of Architecture at the University of Tokyo, was commissioned to design the new main building of the museum and its new approach. His stated goal was to recover the tradition of Japanese buildings and to reinterpret these traditions for the 21st century. 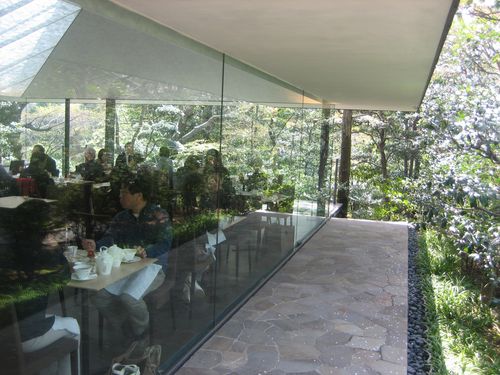 The NEZUCAFE overlooks a lush Japanese garden and walking path.

The approach hides the building with a thick hedge of bamboo, and only the roof is exposed from the front. Behind the bamboo is a long corridor formed by the bamboo thicket and the building’s wall, which acts as a filter to the noisy commercial atmosphere of the Omotesando area as the visitor approaches the entrance of the museum. 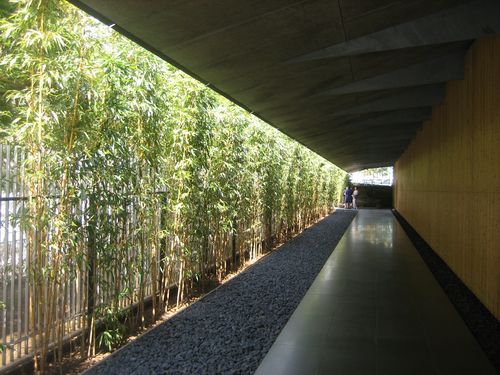 The quite Zen-like calm of the Kuma approach behind the bamboo grove which separates it from the hustle and bustle of Omotesando.

Visitors can enter the beautiful urban oasis of the strolling garden through the first floor Garden Entrance or the ground floor Teahouse Entrance. There is an exquisite stone paved path that takes you into the trees. 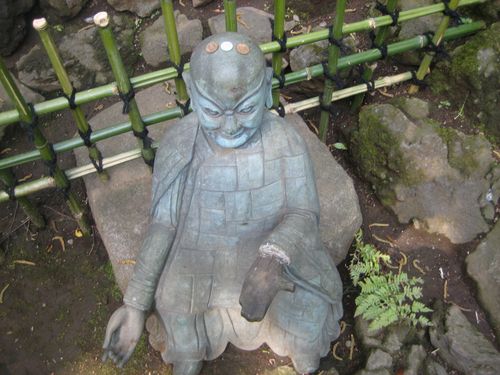 A Buddha statue with an outstretched hand for offerings finds them on his bald pate instead.

Within the garden is a teahouse as well as a number of stone lanterns and other objects such as a memorial stones and Buddha or Kan'non statues. There are also two ponds connected by streams. 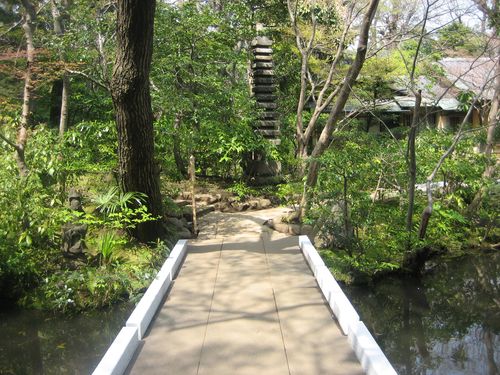 A bridge crossing over one of the two ponds with traditional style teahouses in the background along the path.

The original garden was designed in the shinzan-yūkoku (deep mountains and mysterious valleys) style, and included several rustic buildings and a teahouse. Unfortunately, it burned during the bombing of Tokyo in World War II. Happily, it has been restored over time to its present state. 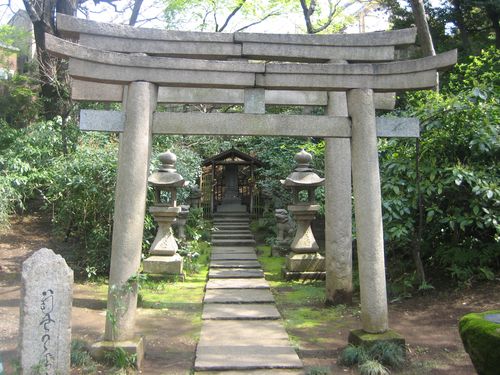 A small shrine found in the garden among the trees.

There certainly are some interesting pieces among the Nezu collection and there have been some worthwhile temporary exhibitions (The World of Edo Dandyism, that ran from May 30th to June 20th last year immediately comes to mind), but it is the sense of place that has me coming back. The impressive façade of the barn-like roof behind the natural bamboo barrier is a welcome sight on every visit. The calm-inducing strolling garden is also a welcome oasis from the noise and pollution of the city that lie behind the walls.

Closed on Mondays, during exhibition installations, and during the New Year's holiday period.
However, when a National Holiday falls on a Monday, the museum is open on that Monday and is closed on the following Tuesday.