Takeshi Hosaka and the Permeability of Landscape

It is commonly thought that the best examples of Japanese architecture are those that achieve true harmony with the landscape. Yet Japan’s landscape is constantly changing. Susceptible to volcanic eruptions, earthquakes, and storm-borne landslides, the Japanese live in one of the most volatile and hostile physical environments on the planet. The country’s most familiar geological landmark, Mt. Fuji, has also undergone certain alterations over the years, most dramatically the birth of Mt. Hōei, which arose from the great mountain’s flank during a massive eruption in 1707.

Not far away, standing on a quiet intersection in the resort town of Kawaguchiko, stands another fumarole of sorts, though the smoke emitting from this one is merely coming from the kitchen of one of architect Takeshi Hosaka’s most unique creations, Hoto Fudo. Commissioned in 2009, the restaurant was designed to maximize the interplay of inside and out, with curved doors that can open to the atmosphere outside, revealing Fuji herself standing steadfast to the south. 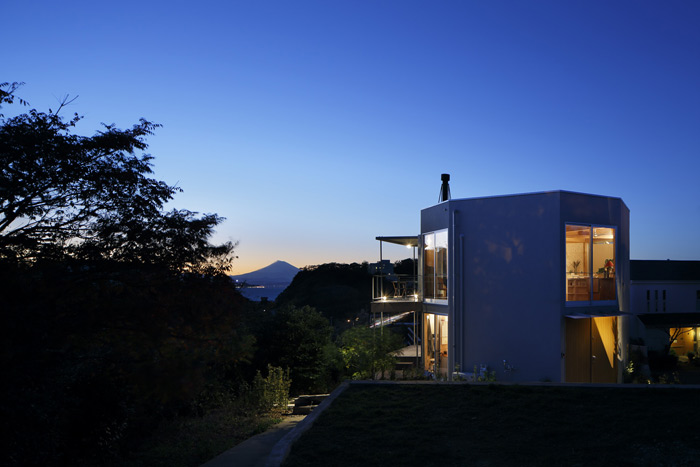 A native of Mt. Fuji’s Yamanashi prefecture, Hosaka has used the mountain as shakkei, or borrowed scenery, for his Spider House, and has even incorporated its name into his Mt. Fuji Spring Water Pavilion in 2004. One of Hosaka’s earliest projects, this open-air structure allows for spring water to flow through, cooling the interior to bring quick relief on a hot day. Most intriguingly, the water has been channeled through a series of right-angled turns, bringing to mind the bridges of some Japanese stroll gardens, which zig-zag across a water feature. (In a curious parallel, these bridges are commonly, and mistakenly, believed to cause confusion in evil spirits, who are only able to travel in straight lines. Stories of such spirits are told in order to bring chills that help cool one during the heat of summer.) 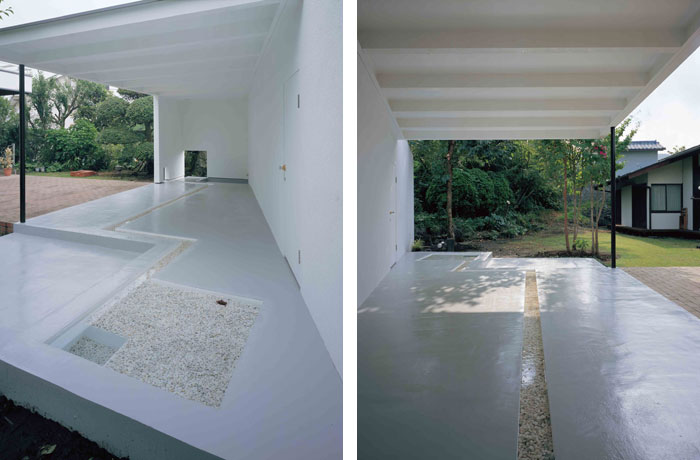 Similarly, natural elements have been incorporated in other designs. The well-known surf town of Chigasaki hosts the Shonan Christ Church, whose structure resembles cresting swells on a wind-swept sea.  Long, narrow horizontal windows allow light to sweep over the interior throughout the day. Light is used in an unusual way at Yokohama’s Love House, whose name instills a lot of promise (or pressure) for the couple who lives there. The romantic feeling is enhanced by the curved groove in the roof, which allows for the moonlight to spill in, tinting the interior concrete walls a soft blue. The feeling of nature within is enhanced not only by the wind and rain that can penetrate the structure, but also the birds and insects that come visit the tree standing in the courtyard. 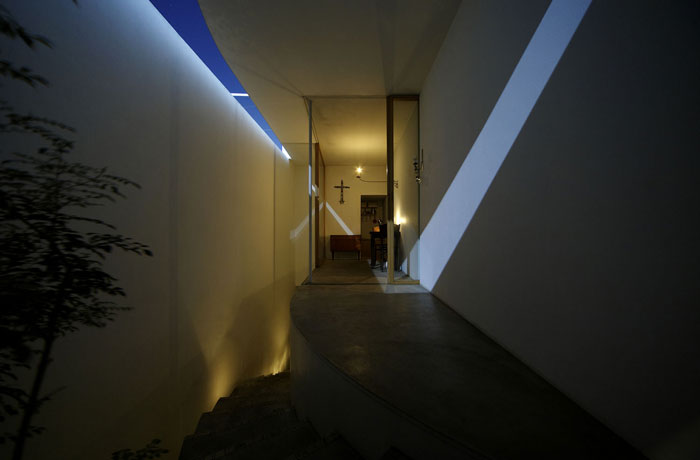 In fact a great number of Hosaka’s works nullify this division of inside and out, with names that rightly reflect this. With his 2011 house Outside In, he has blurred the lines, as the spartan living area gradually gives way to a dining area on the patio, hidden by tall trees. An earlier work has the inverted soubriquet of Inside Out, based on Hosaka’s concept of being “a house inside which you feel being outside.” The shape of the building plot inspired the house’s unusual shape, with double walls that allow for the flow of rain and wind within the structure, yet sliding glass sections that shelter the occupants definitively indoors during the most inclement weather. Then of course there is his 2009 Inside House + Outside House, which is two interacting cubes, one for typical human activities such as sleeping, cooking, and bathing, and the other more for times of leisure. Its most delightful feature is a ladder leading to a second story balcony empty of all but a hammock. 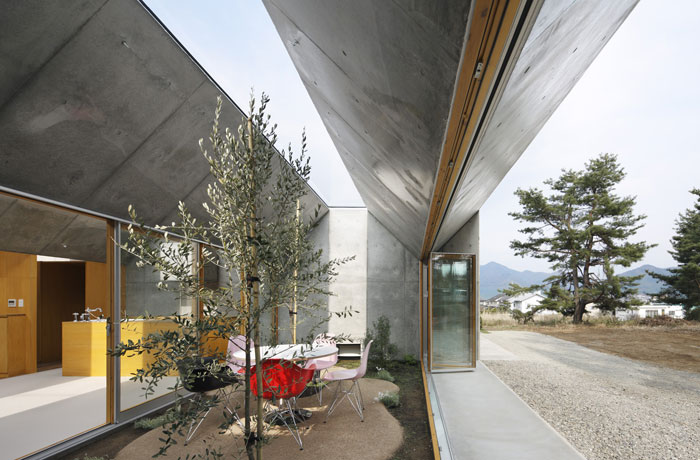 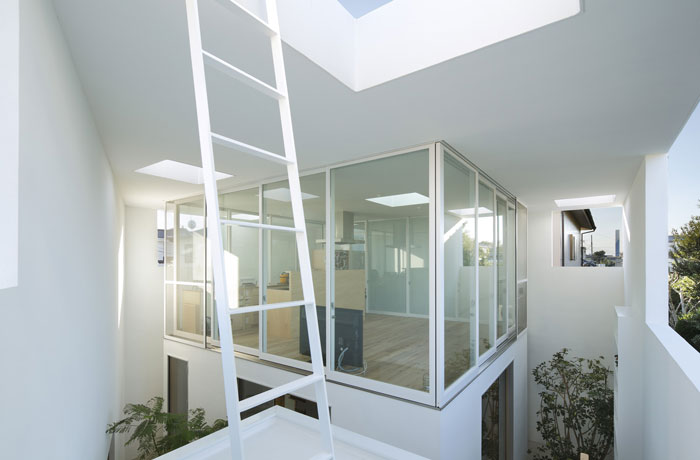 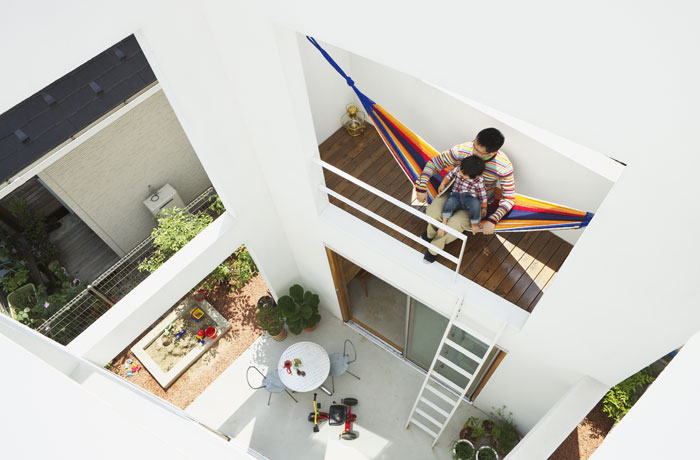 This concept reaches its apotheosis in Hosaka’s Garden House, which from the street appears to be little more than another two-story concrete structure in the crowded Tokyo landscape, but when indoors one is freed of any urban pretenses in an open air structure built creatively around a triangular garden and courtyard.

As Japan’s physical environment undergoes its frequent shifts and transformations, it does so at a pace far slower than that of the landscape of its cities.  There rapid and often dehumanizing modifications in the name of progress threaten to move us further and further from our part in the natural world.  It will require us to maintain our sense of human identity with a commitment as steadfast as that of Takeshi Hosaka to his personal vision.

Takeshi Hosaka is a ZenVita associate architect and available to design your home interior! Read more about his work at the Takeshi Hosaka profile page.