Dai Nagasaka and the Comforts of Home

When thinking of Tokyo’s most beautiful buildings, one of the first that comes to mind would certainly be the Tokyo International Forum, a simply massive structure that seems to stretch from Tokyo Station all the way to Ginza. The most intriguing features are the arcing trusses that run its length. To walk through the Forum is to play Jonah, as the eye is drawn up and through the ribs of a whale. It brings a sense of coziness somehow, of being safely enveloped. 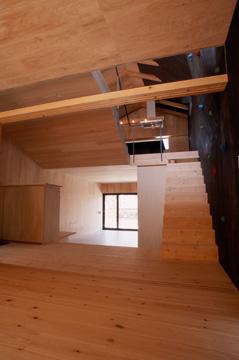 A House in Arashiyama by Dai Nagasaka.

“Cozy” may not necessarily be a frequently used term in the lexicon of architecture, but it probably should be, particularly if used to refer to someone’s personal residence. It is certainly in the vocabulary of Dai Nagasaka, having appeared as the name of a number of his works.

Working through his firm Mega, Nagasaka specializes in the design of private homes, aiming to “adopt an inclusive and holistic approach to the process of design and development.” A common feature is one shared with the Tokyo Forum, of vaulted beams that seem to hug the living space from above. These high ceilings offset the typically long, narrow layout of the structures themselves. It is all quite reminiscent of the famed machiya houses of Kyoto, the city where Nagasaka not only lives and hosts much of his work, but where he serves as a professor of the Graduate School of Science and Technology at Kyoto Institute of Technology.

A House in Awajishima by Dai Nagasaka.
Machiya are beautiful buildings, but with their slim, windowless confines, it is little wonder that they are referred to as ‘eel’s dens.’ (This author lived in one for a number of years and found it somewhat claustrophobic.) Nagasaka avoids this with the aforementioned high ceilings, but also in a lighter shade of wooden building materials, which help to capture the light admitted through copious windows. It helps create a living area that is spacious, while retaining a sense that can only be called, ‘cozy.’ 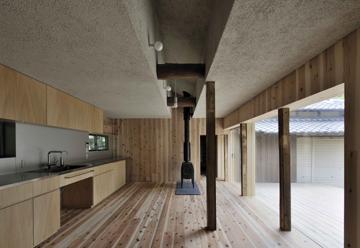 A House in Awajishima by Dai Nagasaka.
Nagasaka appears to work from a specific design principle, yet his homes aren’t plagued by the uniform monotony of the typically uninspired Japanese architecture firms. He chooses instead to tweak the design based on where it is located in space.  A house situated within a city will align itself to the geometry of the neighborhood. One sitting amidst a more natural landscape will mimic the shape of land surrounding it. Examples of the former are a house in Omiya, which seems to curve around the street corner on which it is situated, and a house in Itami, whose inner courtyard completely embraces its own corner entirely.  Alternately his house in Arashiyama has been built with internal ‘hills,’ which reference the mountain at the house’s back. 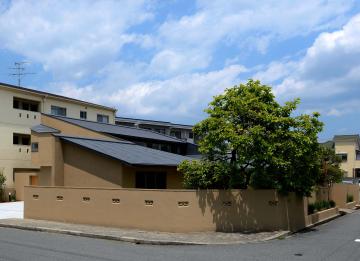 A House in Itami by Dai Nagasaka.
Some of Nagasaka’s most intriguing works are those of restoration, where he uses the house’s existing structure to inform his design. The house in Awajishima has the exterior of a centuries-old farmhouse, which betrays a modern and comfortable living space within. And his house in Tōji takes the directly opposite approach in utilizing the building’s traditional wooden internal framework yet keeps well-lit by a clever layout of glass without. 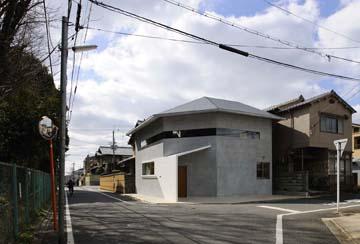 A House in Omiya by Dai Nagasaka.

Over the past few years, Nagasaka has been involved in a large-scale project in Minami Yamashiro Gakuen in the remote hills south of Kyoto. Due to Japan’s current problems with depopulation, the village mayor commissioned a number of architects to design structures that would revitalize the local community, namely in the form of a community center where children and the elderly can share space and learn from one another. This work promises to have the most lasting impact, for isn't it in community, in a shared sense of belonging, the place where we all feel most cozy?

Dai Nagasaka is a ZenVita associate architect and available to design your home interior! Read more about his work at the Dai Nagasaka profile page.