The Japanese seem to excel at creating a whole philosophy out of the simplest ideas, or a formal ritual out of an everyday activity. They are meticulous in their work, and their ability to focus on the smallest detail is admirable. These traits are at the root of arts like the tea ceremony, and ikebana flower arrangement. The simple act of folding paper in origami also becomes an art, as does folding cloth in the form of furoshiki.

The term wabi-sabi is often used to describe the Japanese outlook that lies behind these arts. It both defines what Japanese people consider beautiful, and promotes a particular way of life. Related to Zen Buddhism, it has a lot of appeal because it suits the Japanese temperament and the environment in which they live. Traditional Japanese art and architecture have been greatly influenced by wabi-sabi, and this common philosophy behind Japanese design is what makes their architecture unique. Even today, though a lot has changed due to modernization, there are still many contemporary designs inspired by wabi-sabi, a reminiscence of a simpler, more modest past. 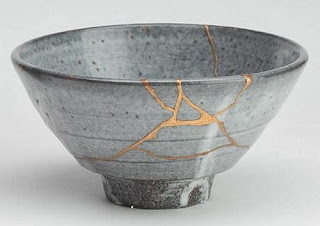 But what exactly does wabi-sabi mean?

Many people might have heard the term, the difficult part though, is to describe its meaning in words. It is a bit like wanting to define a color or a feeling. You need to use images and examples. However, we will try, with all means possible, to see if a clear image can be formed.

Imagine for example, a house where everything is so shiny and clean that it makes you feel uncomfortable. One that looks more like a museum than a living, everyday home. Houses are meant to be sanctuaries, where we can be ourselves, and relax from social norms. They should be welcoming places that we want to return to after a tiring day. A sterile perfect house seems cold, and probably demands constant attention to maintain the high level of perfection. 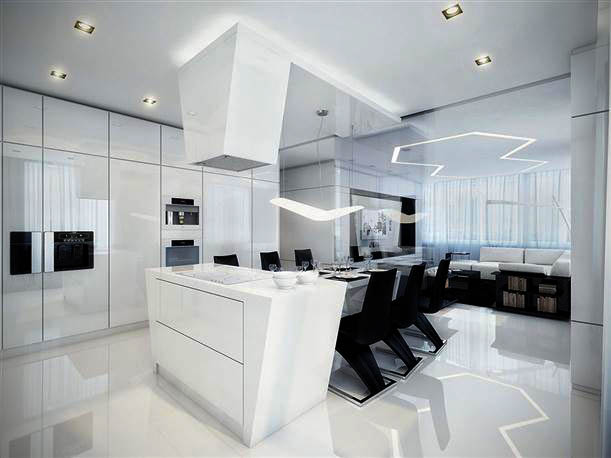 Seriously. Can a house be kept so shiny all the time?

Now compare this house to one older and simpler. An image comes to mind of an old wooden country house with a rustic touch and maybe some gardening tools lying around on the grass outside. There are weeds in the garden, a crack in the wall, and a loose handle on the door. All these things might constitute small parts of what Japanese people would include in their definition of wabi-sabi.

Imperfection and simplicity are expressed by wabi, and the effect of time upon an object is expressed by sabi. Together they form a strong image of a simpler life, with no pretense of purity or unnecessary material objects. 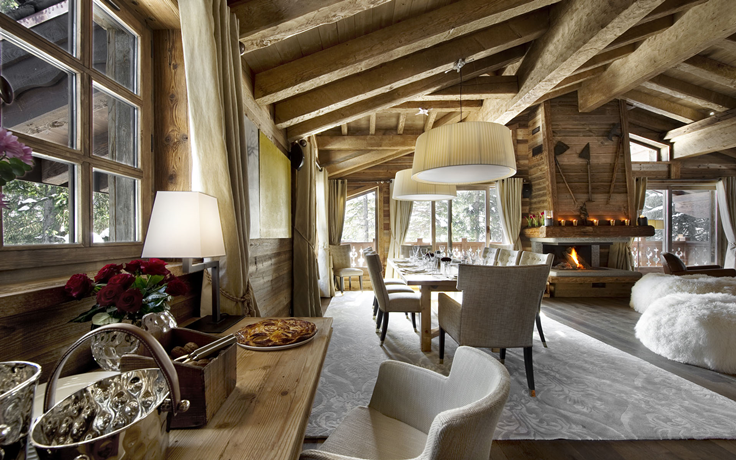 Sometimes we are afraid to touch the clean and the new, but we see the simple and the old as more approachable. This is because the passage of time and imperfection reflect more accurately our own lives and our need for calm and relaxation. We are prone to mistakes. We come from nature and we long to be a part of it, and to connect to it, as much as possible. We admire the changing of the seasons as they reflect our regularly changing moods.

Nothing is permanent. Nothing is perfect. Nothing is complete. All things have a certain predefined course, they are born, they live, they die. This unavoidable circle of life forms a strong cornerstone in the Japanese aesthetic philosophy. This is seen best in traditional Japanese architecture, as no building was meant to last for long. They were mostly made of wood that has a natural time limit. Unlike Western architecture, which is largely made of stone and carries the illusion of timelessness, Japanese temples and houses were reconstructed many times, sometimes altering the original design.

So we see that there is beauty in the old and the natural, a flawed beauty that elevates imperfection. But what kind of architecture does this create?

Well, the variety of architectural spaces incorporating the wabi-sabi idea can be as many as its interpretations. However, the most representative example of a wabi-sabi building is the tea house, as it was associated with the sophistication and the understatement that characterizes the tea ceremony. Earthy materials in a dimly lit room, asymmetrical design, imperfect openings made by hand, avoidance of completely straight lines and other more minor details characterize the style of a wabi-sabi establishment. 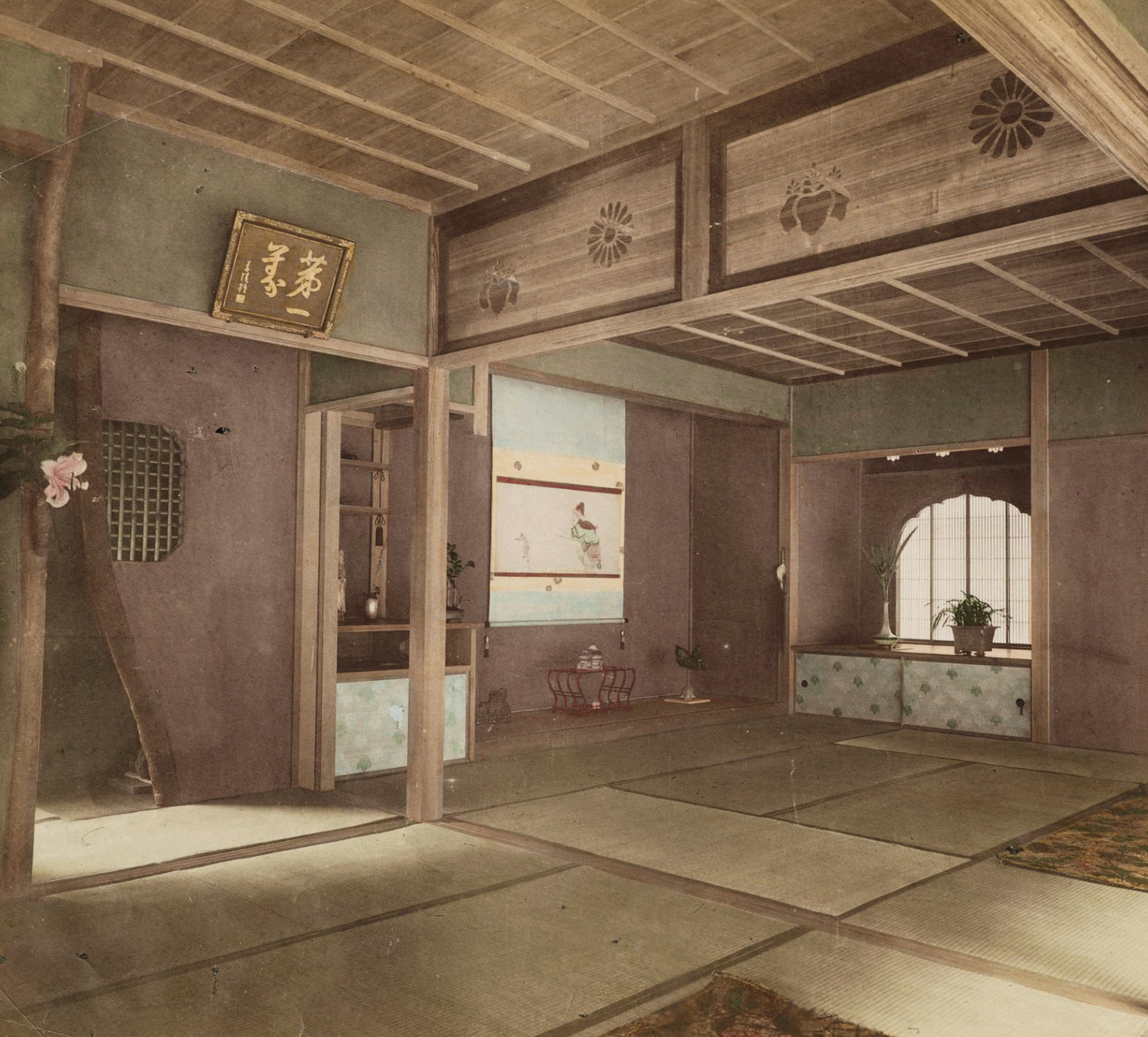 Now, taking some of these elements and the feelings they evoke, contemporary architects have redefined wabi-sabi within the context of minimal design. Doing more with less, is a Modernist evolution of the wabi-sabi idea. Similarly, Modernism was as radical a departure from Classicism as wabi-sabi was from classical Chinese ideals of perfection and extravagance.

Simple though the final result may seem, the process actually requires deep knowledge and a lot of work. And honestly, it is not easy. Sometimes to create a space with less, to remove elements from a design, demands more time and energy.

Can wabi-sabi be applicable today when many materials used in construction are man-made and not natural?

The truth is that even exposed concrete can be wabi-sabi. Tadao Ando's buildings are a proof of that. In the famous Awaji Yumebutai complex, some buildings are devoured by nature, the grey becomes greyer as the years pass, and the effect of natural phenomena becomes more evident. 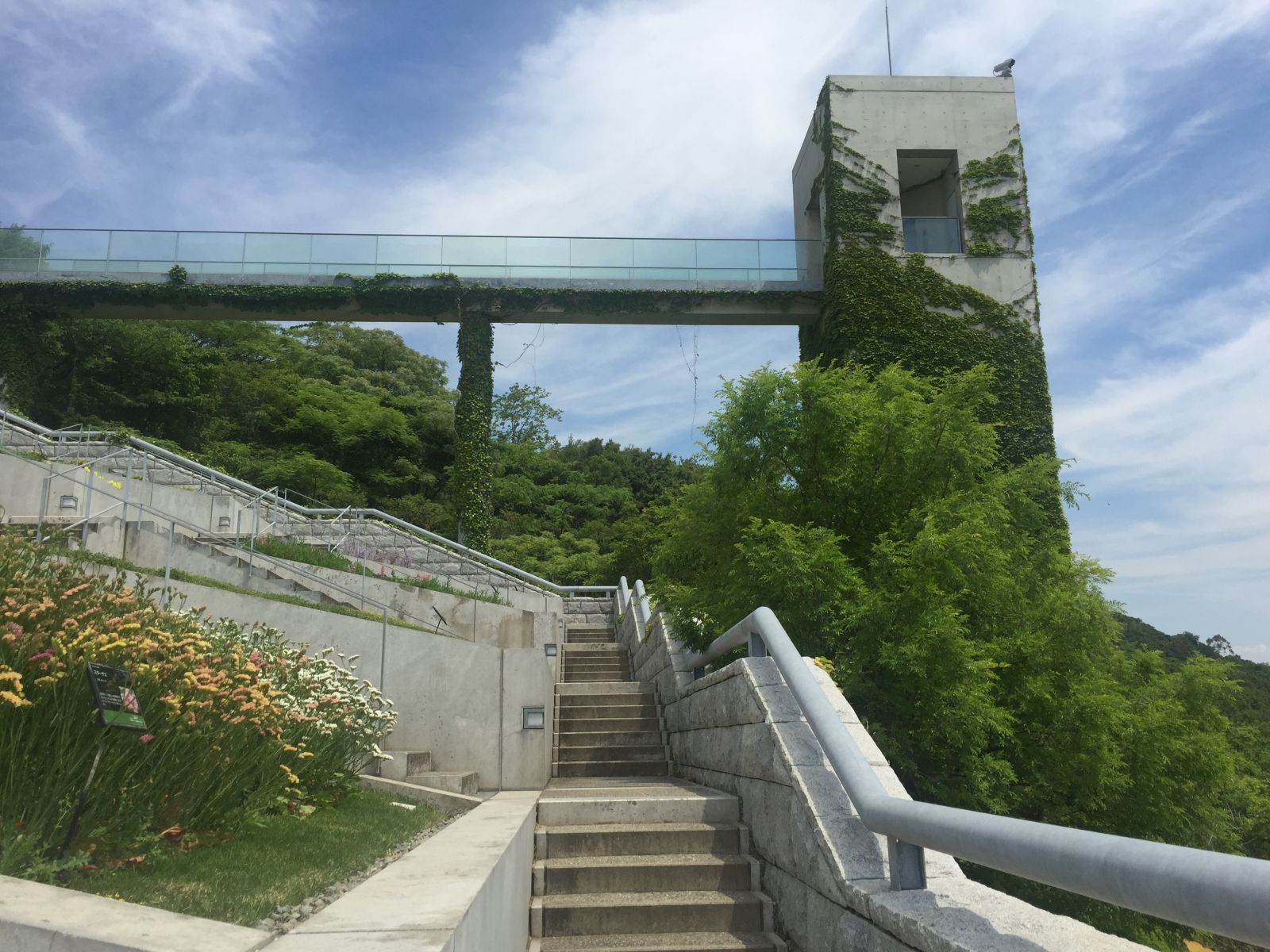 Looking at many more contemporary Japanese buildings we see that there are many unconventional works that glorify simplicity and the lack of unnecessary decoration.

Although Japanese designers and architects will hardly refer to their designs as wabi-sabi, in reality this traditional idea seems to have been incorporated intuitively into their designs.

Especially when it comes to housing, the examples are numerous. Japanese architects are famous for their residential architecture, whether traditional or contemporary. Incorporating wabi-sabi ideas they are widely known for creating peaceful spaces for everyday retreat.

Shigenori Uoya's house in Kyoto – an interpretation of old forms

As for the materials, natural or not, they have their own life. Cracks, dirt, decay show up 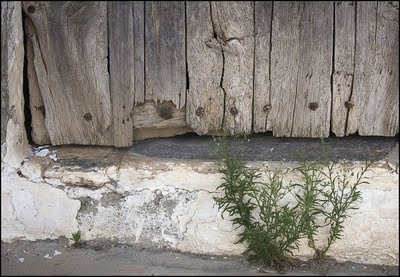 eventually and the whole appearance of the building changes.

But are all buildings or objects to be admired equally because of the time that has passed or because of their materiality? We see some are more interesting than others, they mature better and actually the passage of time is what makes them even more compelling. Also, just because wabi-sabi praises imperfection, we cannot say that everything unfinished or badly executed can be regarded as wabi-sabi. This is not a way to excuse sloppiness.

But how can we tell the difference?

Well, we need a certain level of aesthetic values, an eye for beautiful things, and a love for the objects in question. We admire an old house more than another of the same age because their owners know how to take care of it. And it is not about repainting or cleaning. It is more about deeply caring for it. Every change in it is noticed. The cracks, the patina of age are examined and treated if necessary. The decoration is considered to be complimentary to the place and everyday care is done meticulously as part of a ritual.

This is the wabi-sabi way.

Admiring the small and the old, and preserving the original image without needing to always care about gradual decay. Buildings are living things that have their own lifespan. Wabi-sabi respects this idea and this unavoidable life-cycle. So as long as your home is a place you love and care for, where you feel at peace, you should learn to embrace its faults, instead of hiding them. They are as much a part of it as the furniture. Life is after all not perfect. And a house can be no different.