The Ueno station area is full of tasty restaurants, a variety of specialty shops, world-class museums, and several other fun leisure time spots. Ueno Park, alone, is home to the Tokyo National Museum, National Science Museum, Western Art Museum, Tokyo Metropolitan Art Museum, and Shitamachi Museum. Not to mention it also houses the Ueno Zoo and the picturesque Shinobazu Pond in which paddling boats can be rented for a leisurely float around the waters. Since there are so many diversions in this part of Ueno, many people have overlooked a compelling heritage site that lies just minutes beyond the Shinobazu Pond, and is registered as an Important Cultural Asset: Kyu-Iwasaki-tei Gardens. 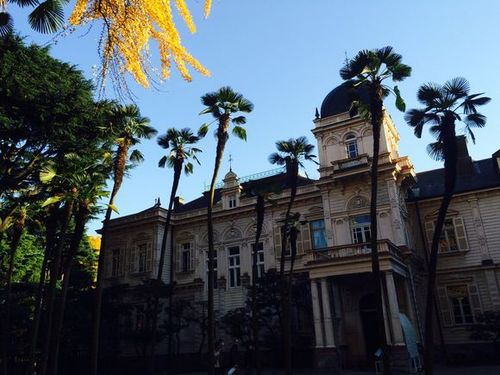 The front of the stately western house fronted by palms trees and basking in the fall colors of the ginko trees.

The main building was based on a design by Josiah Conder (a British architect known as “the father of Japanese modern architecture”) and is the last standing structure of more than twenty built in 1896. It is a two-story building with a cellar that was representative of the 17th century Jacobean style that was much in vogue among upper class families of the era. Originally the grounds belonged to the Echigo Takada Clan who used it as their Edo residence. Later the property was acquired by Maizuru Domain Governor Makino Sukeshige. And after that it became the official residence of the Iwasaki family (The word kyu means "former"). The Japanese government took over management of the property after WWII. It was used by the Judicial Research and Training Institute of the Supreme Court until 2001 when the City of Tokyo took over control of the property. 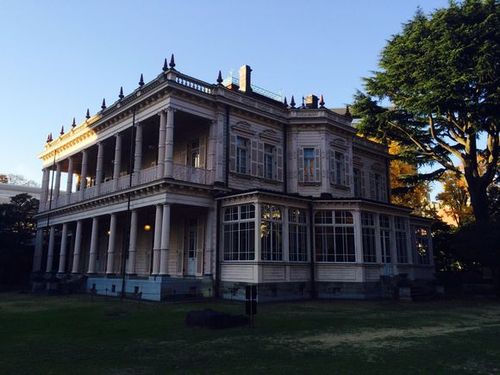 The house viewed from the garden in back highlighting the expansive balconies on the first and second floors of the home. 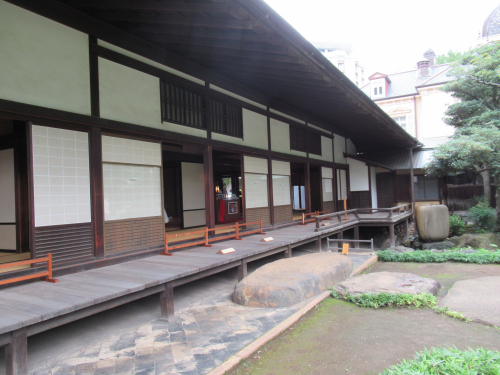 The “engawa” (veranda) of the traditional style home looks out into the garden grounds.

The impressive traditional Japanese style home addition was based on the classic Shoin style (which refers to the drawing room or study prevalent in houses of this design) and was built by master craftsman Kijuro Okawa. Near the entrance is a large drawing room with tatami, fusuma sliding door paintings done by Hashimoto Gaho, a well-known painter of the era, and large folding screens for visitors. The family living space was in the rear of the greeting room. The southern section was the location of the immediate family’s bedrooms. The house staff were situated in the northern section with the kitchen, an office for business personnel, as well as storage space. Many of the rooms afford the visitor with a view of the expert craftsmanship and artistry that went into the classic Japanese style home design. 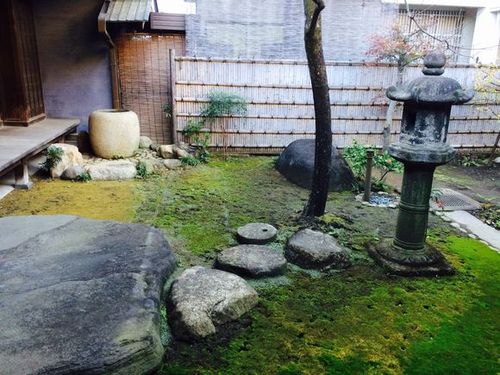 The west wing of the house looks out onto the tranquility of a Japanese style garden. 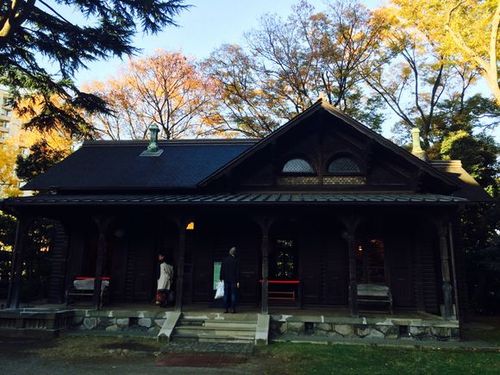 The rustic billiards cottage, another design from Conder, is separate from the main building.

The billiards cottage is separate from the main house and calls to mind a Swiss chalet in the design - something that was rare in Japan at the end of the19th century. The structure features wood azekura (log house style walls), carved pillars, and a Gothic style roof with protruding eaves. There is an underground passageway that connects this structure to the main building. 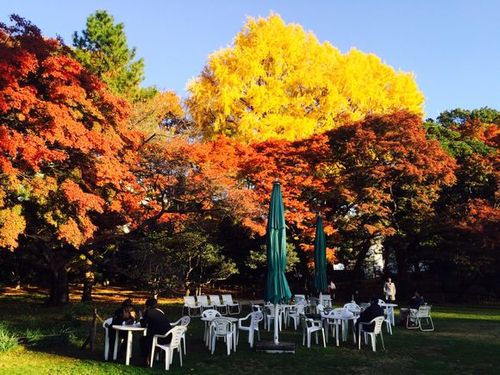 The stunning fall colors bursting out of trees in Kyu-Iwasaki-tei Gardens.

Next time you visit Ueno Park, walk past the scenic Shinabazu Pond and pay a visit to a wonderfully preserved 19th century house that has unique western and Japanese architectural features. Furthermore, it is situated in a lovely garden that is especially spectacular in the fall. It was designed to have both Japanese and Western styles present. The original Meiji-period Japanese garden in front of the traditional Japanese style house has been preserved.

Entrance fee: ¥400 (Persons 65 and over: ¥200)
(No charge for primary school children or younger, and junior high school students living or attending school in Tokyo)